Some Unique Experiences in Mumbai 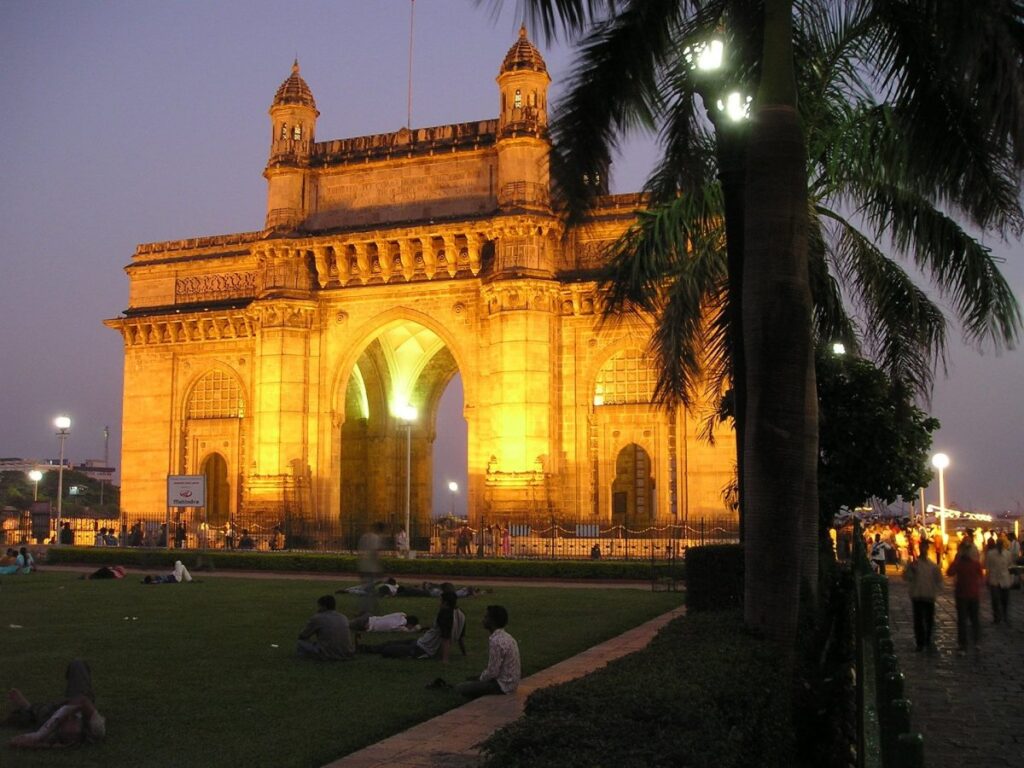 India which is the largest democracy in the world is an emerging superpower and its cities play a crucial role in the network of global cities. While the Capital Delhi is the political and cultural centre, the city of Mumbai which is the capital of the state of Maharashtra is the commercial and financial centre. On the other hand the city of Bangalore, the capital of the state of Karnataka has emerged as the Information Technology centre.

Mumbai has a varied store of experiences awaiting the traveller that ranges from heritage to contemporary. Mumbai is the melting pot of India and an entertainment centre too being home to Bollywood, the Indian film industry. Here are some typical Mumbai experiences that one should not miss.

Marvel at the Gateway of India

Pay a visit to an Unusual Mosque

The Haji Ali Dargah in the middle of the Arabian Sea unique mosque as well as a tomb. It lies about 500 metres away from the coast on a small islet in the Arabian Sea. One can walk to the Mosque during low tide by means of a footpath, it is not possible to visit the Dargah during high tide. . The Haji Ali Dargah was built in the 15th century in memory of a Muslim merchant by the name of Sayyed Peer Haji Ali Shah Bukhari. The Muslim merchant who was originally from a place called Bukhara, now referred to as Uzbekistan had settled in Mumbai and was living the life of a saint and spreading the teachings of Islam in the area.. Millions of visitors of all religions visit the Haji Ali Dargah which shines like a white pearl in the Arabian Sea.

Enjoy an evening on Juhu Beach

Juhu beach is very popular with tourists as well as locals alike. It is vibrant with activity in the evenings and a great place to head for a family getaway.. Horse carriage rides and camel rides along the sandy beach attract children while adults can simply lounge on the beach or walk along the shore looking at the waves of the Arabian Sea crashing on the beach. There is a food court which is very popular and serves a delectable variety of street food. The beach is situated in one of the posh areas of Mumbai and many of the stars of Bollywood live in the vicinity.

Enjoy the Famous of Vada Pav

If you travel to Italy and do not eat Pizza, it would be something unthinkable. Similarly when in Mumbai you have to eat its famous street snack, Vada Pav.  From the streets of Mumbai to railway stations, bus stands, and airports, the Vada Pav is available everywhere. Vada Pav is a street food which consists of deep fried potato dumplings known as Vada which is sandwiched between a slit bun known as Pav.

If you are interested in art, archaeology, and heritage you muse visit the Elephanta Caves which are situated on an island known as Elephanta Island which is about two kilometres away from the Gateway of India. Elephanta caves can be reached by taking a ride on a ferry steamer from the Gateway of India. The caves consist of rock cut sculptures that feature Hindu Gods as well as Buddhist motifs. One of the notable sculptures is a 20 feet monolithic rock sculpture that depicts a three headed Shiva, a popular deity and part of the trinity of Gods in Hinduism. The part of the caves that are dedicated to Buddhism have Stupas, which are rock edicts. The Elephanta caves which are a part of the UNESCO World Heritage Sites date back to somewhere between the 5th and 8th century AD.

Mumbai, the city of dreams is a true slice of India, its diversity, and culture. A visit to Mumbai is virtually like getting to experience some portions of entire India. The city lures visitors with its magic and bewitches them, ensuring that they return again and again to its fold. Such is the attraction of Mumbai, simply irresistible.

BEST TIME FOR CAMPING IN KULLU 

You may also hire extra vehicles to transport the various groups, if necessary. Alternatively, you…