Skandagiri Trek: Everything You Need to Know 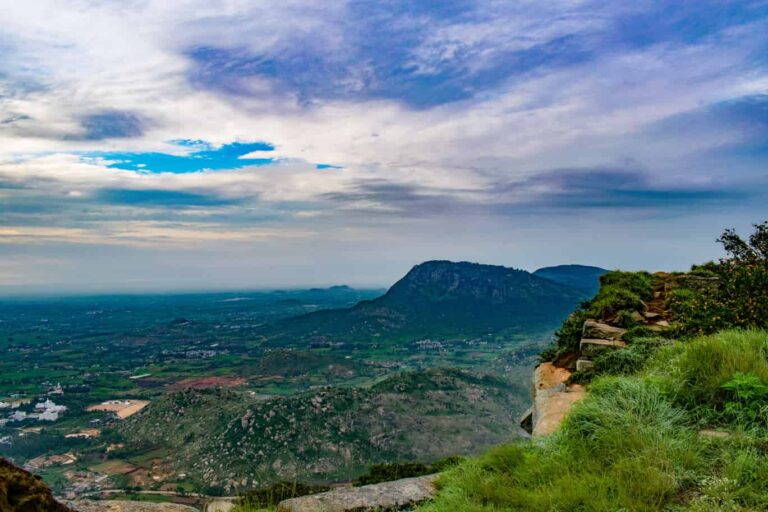 Skandagiri, also known as Kalavara Durga or Kalavara Betta, is encircled by the Nandi Hills at an elevation of 4757 ft. offers a chance to trek and explore the highlands. When you reach the apex of the slope, there is a shattered fort, which amplifies the euphoria of the night trek. The best element of the trek is that you may spend the night under the stars at the top of the hill. You can enjoy a bonfire on the campsite and cherish the serene warmth of nature.

You’ll be stunned to discover that on Skandagiri there stood an incredible Tipu Sultan fort, constructed in the 18th century by the prominent ruler of the Kingdom of Mysore, Tipu Sultan, to combat the British Raj. Unfortunately for Tipu Sultan, he failed in the battle and the fort was then captured by the British. Later, the fort was forced to take the brunt of the destruction, and it now exists in ruins, with only a few of its walls standing powerful enough to tell the tale of an amazingly unforgettable incident that happened in the past. The two temples, one at the bottom and one at the top, are the only ones that have overcome the devastation, while the rest are in ruins.

Eating should not be a crucial matter on your way to the trek as snacks are abundant as well as tea stalls on the route along the trek. These are sufficiently stocked with snacks, tea, cookies and cold drinks. If you plan to have an adequate lunch then you can settle down at any of the regional diners in Chikkaballapur and have your lunch and get back to the route. To name a few restaurants: Kamat Upachar Restaurant, Hotel Babuji, Chandru Hotel, and Swathi Restaurant are some of the preferences that you can opt for.

Points To Remember Before You Visit:

Fly to Bangalore Airport which is linked to primary cities in India and from there you can take a cab or taxi to Chikkaballapura.

While traveling in Beijing, it is always important to keep a few tips in mind.…